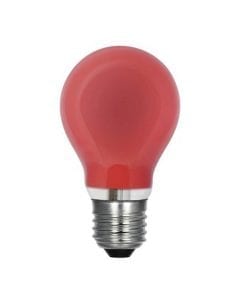 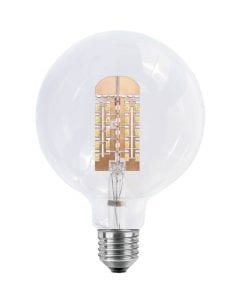 The 8-watt G125 Clear Dimmable LED Filament Globe (E27/Edison Screw Base Configuration) look like an average incandescent light bulb, but don’t let its exterior appearance fool you. This LED bulb packs the technology that blows any incandescent or halogen lamp out of the water as far as energy efficiency is concerned. We’ve also designed this bulb to have a contemporary profile in order to make it more appealing to consumers who shy away from the weird, futuristic designs of most LEDs today.

Looks are of course, just one aspect of what makes the 8-watt G125 Clear Dimmable LED Filament Globe (E27) by LiquidLEDs an excellent lighting solution. This device is no slouch in the performance department, generating 650 lumens for just 8 watts of power, making the G125 Clear LED globe suitable for both general purpose and special lighting to achieve desired ambiences.

Other features of the G125 Clear LED Filament 8W Globe include a 360° beam spread, dimming compatibility, and an average rated lifespan of well over 20,000 hours.

Lighting Design Services & Lighting Consultations Are Now Available For NSW, VIC & QLD areas. Please Contact Us For Available Booking Dates. For All Project Lighting Enquirys Please Email Our Team At sales@sydneylighthouse.com.au And Our Lighting Design Team Will Get Back To You Shortly. Dismiss